1917
Mr. Eduardo Forgas Guillamet associates with Mr.Tenas to form Tenas & Forgas society, devoting themselves to manufacture electric appliances and the heating resistances that these include.
They printed a small rate-catalogue with the trademark Tenfor, dated on june 1921. It is curious to see the extensive range of products, considering the age we are are talking about.
1936
Once the society Mr. Forgas dissolves, he starts manufacturing moulds and matrix for the fabrication of women hairdressers' devices with resistances. They register two patents that will be the base for the later trademark Rizafor.
1938
During the Spanish Civil War, Mr. Forgas, based on his professional industrial training knowledge, continues his researchs on the thermoelectric field, promoting instant water heaters and other artefacts with the trademarks Rizafor and Electricfor.
1940
Manufacturing of the first resistances inside fine metallic tubes for different applications.
1941
Presentation in August of the patent 154216, refered to "methods for the manufacturing of electric heating elements".
1942
Concession of such patent on October. The same year, a 150,000W heating element for an electric furnace is built on the Wagner street factory(Barcelona). Manufacture of the first series of heaters for radiators and electric soldering irons, thermostats, precision switches, mercury thermostats and contact elements for the regulation of electric furnaces.


1944
Manufacture of the first heaters for ships, specifically for submarines.

1945-1958
Expansion of the original installations to other factories of the high part of Barcelona, with the intention of increasing the production and improve the process of fabrication of shielded tubular resitance of high lenght, surpassing the 6000mm.


1959
The year preceeding the building of the first fabric, at the same stage as the project was being prepared, Mr. Eduardo Forgas Guillamet dies. His sons Jose Maria, Pepita y Eduardo, already participants in the business, take charge of the continuous investigations and of the improvement of the products.


1960-1973
The fabric at Rios Rosas street, in Barcelona, starts working in an area of 900m2. The continuous demand of new products pushes to the creation of a technique office, where new projects are designed and performed. Electricforâs competition becomes it's best customers, passing to consume big amounts of straight elements. Great achievements are obtained in the pneumatic automation for that use.


Fabrication of machinery with self technology to increase the production and to improve the finishes.


1974
The anonymous society Electricfor regularises. The same year a production plant and an office of 1.700m2 is build in the locality of Rubí, moving all the activity to such installations. This allows the increasing of the productivity, and the developing of the technologies needed in order to start and to make able new industrial processes of greater complexity and size. Creation of a new and wider series of products in submounting or finished in order to respond even faster to market.


1977
The barrier of 6.000mm is exceeded, regarding the length of the shielded tubular electric resistance, producing elements that surpass the 7.000mm.


1979
Electricfor buys the Rovira Rambla company of electric heating element and almost all the machinery of Parallada Resistance and Itala (old Garza) Resistance. With these installations, once the necessary had been selected for his plant, the idea to invest in an enterprise in Portugal appears.


1980
Extension of the fabric to 2.500m2. Standardisation of heater elements of Titanium and PTFE.


1982
Enlargement of 450 m2 of offices. The technique office and projects department is extended. The national and international sales departments are separated, becoming independent one of each other.


1983
E.E.S.P. is created in Portugal, with the know-how and the technology under the supervision of Electricfor.


1986
Enlargement of the fabric and the offices to 3.500m2. Logistic and flow charge reform. Creation of an unloading bay for heavy materials, unload and depart zones for the finished products.


1987
Creation of a department exclusive for the Quality Management and Research Laboratory, with the consistent incorporation of new equipments of agile technology. Two new profiles of squared section with sizes of 6 and 9.5mm. are included in the fabrication program.


1991
After the announcement of the retirement of the Electricfor S.A. founder, Jose Maria Forgas, Eduardo Forgas Macia becomes director, and becomes president of the actual Board of Directors, composed by Jose Queralto, Eva Forgas and an extern auditor of the company.


1992
Celebration of the 75 years as designers and manufacturers of electric heating elements.


1996
Enlargement of the installations of the present laboratory, Quality assurance and research and development plant.


1997
LGAI certifies that Electricfor has a quality control system which is in accordance with the requirements of the ISO 9002 norm.


1999
Enlargement of the present installations for the improvement of the different departments such as technique office, marketing, logistic production. Three plants of 350m2 each are build for the localisation of nine replensihment machines of large length and production. Building of three new automatic tube cutter lines and three transfers with several switches ON-OFF of halfway operations with quality selectors on-line. 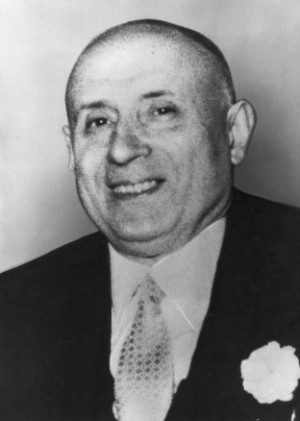 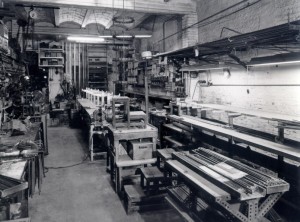 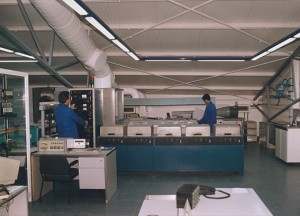 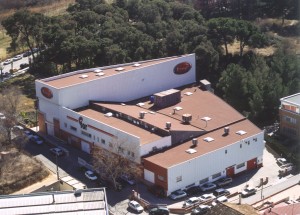