The La Sala theatre was the scene of the IV Rubi Business Evening in which the 7 local firms received their awards in front of more than 300 people. Specifically, Duplica received the Insurance Company Egarsat award for the Promotion and Encouragement of Security and Health in the Workplace, while the City Council awarded prizes to the remainder: Electricfor (Historical Trajectory and Roots in the City); Eurofragrance and Top Cable ( External Promotion of Rubí); Continental Automotive Spain (Promotion of Quality Employment);  Roche Brothers ( Promotion of Male/ Female Equality), The Assosiation of Local Market Adjudicators (30th Anniversary). 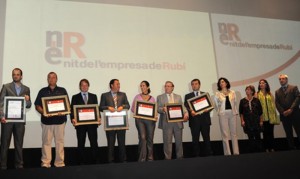 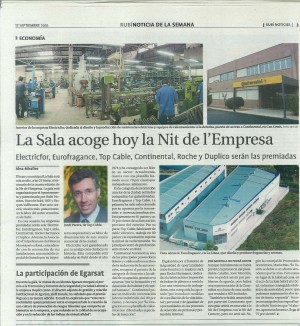 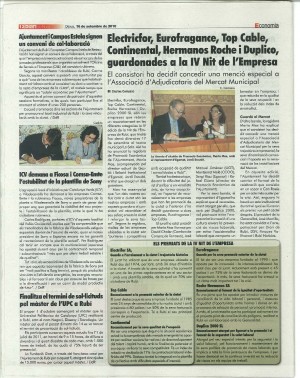